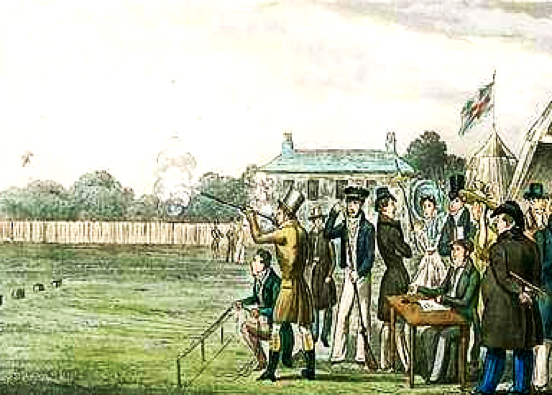 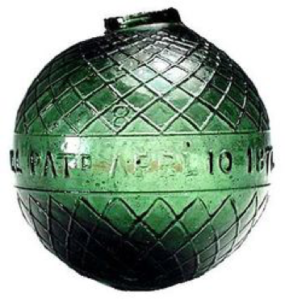 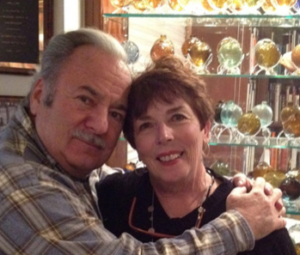 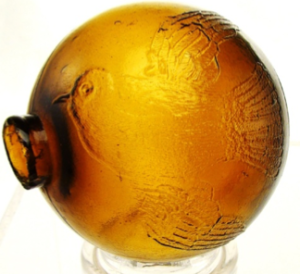 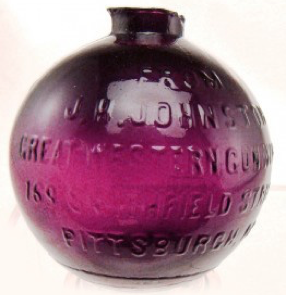 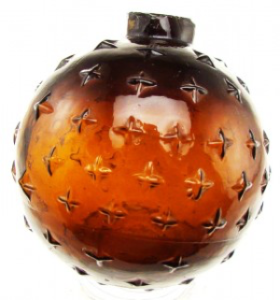 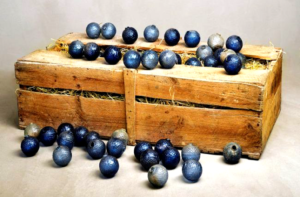 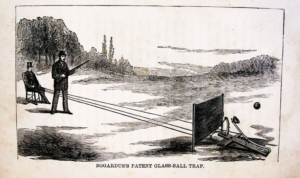 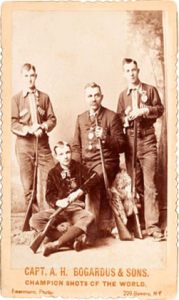 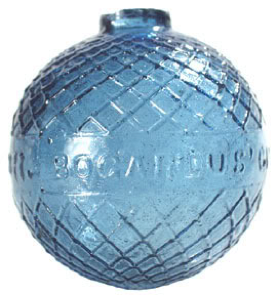 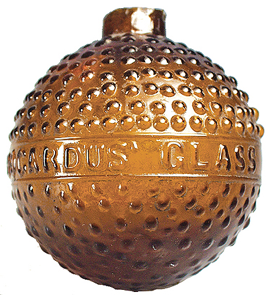 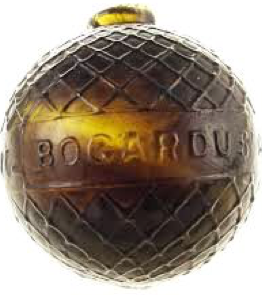 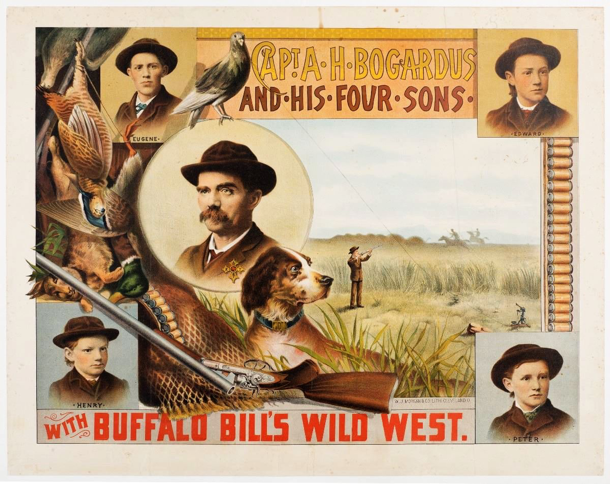 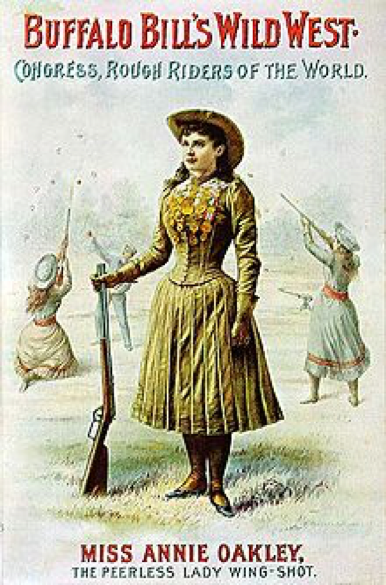 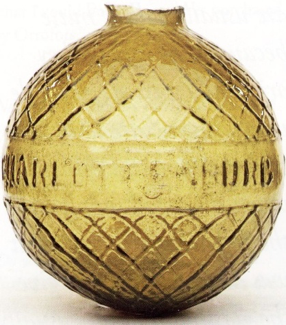 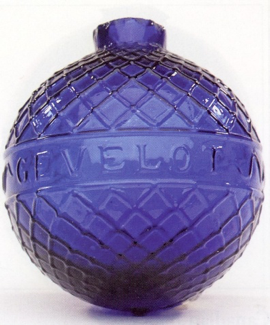 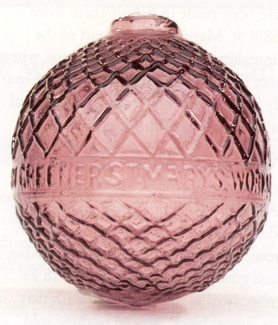 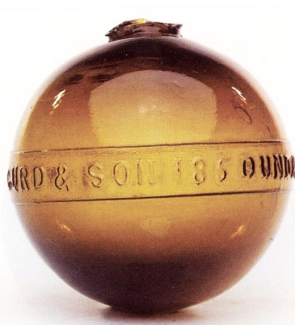 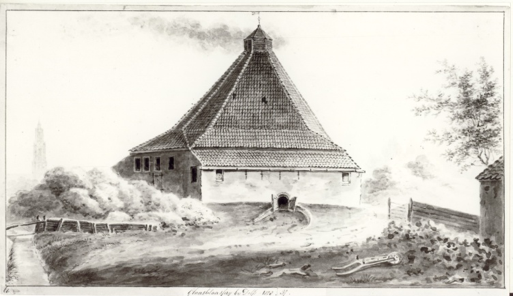 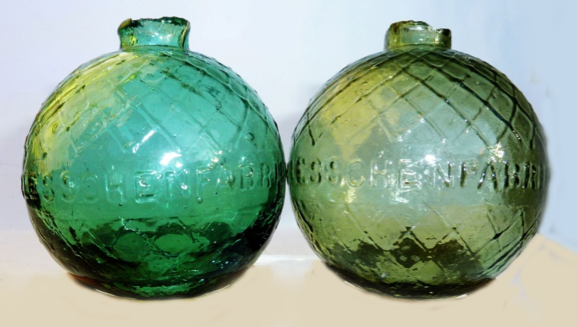 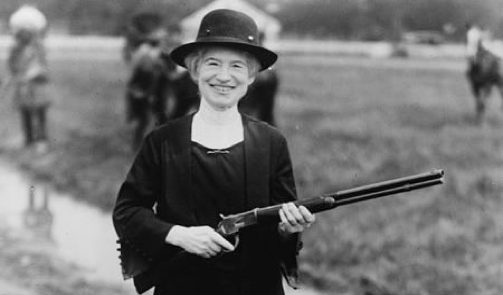 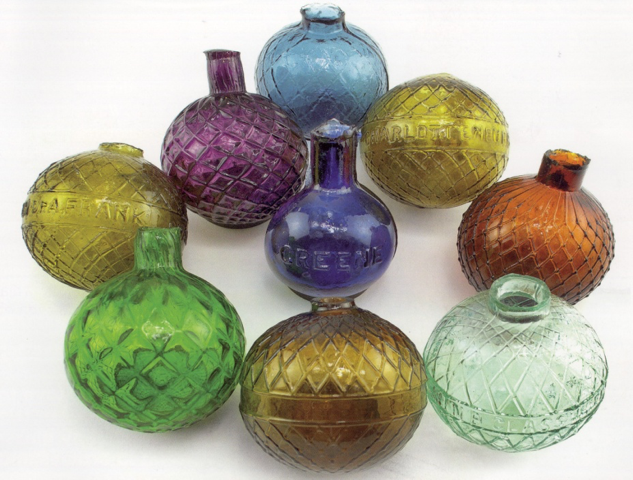 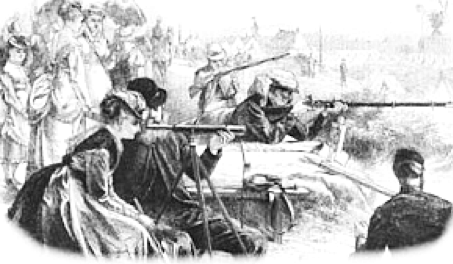 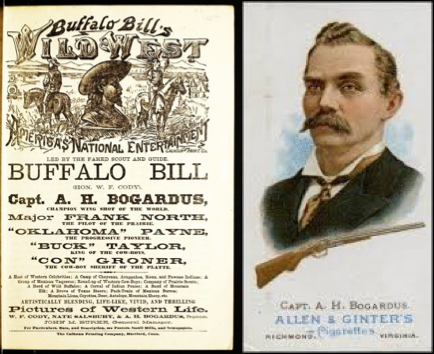 A small cloud of dust and feathers was all that seemed to remain from the birds that were used as a target for the gentry’s’ shooting sports. So popular became this ’target shooting’ that soon there proved to be a shortage of birds and consequently small glass spheres, filled with saw dust and chicken feathers came into use. According to Ralph Finch, American glass collector, author and editor of the magazine ‘ Antique Bottle and Glass Collector’ this happened for the first time on May 11, 1867, in the Lee Brook Shooting Grounds, London, followed, then on the 20th of May by a similar event in the Royal Park Grounds in Manchester.
Glass target balls became immensely popular during the late 19th /early 20th century, especially in America where sharp shooting teams gave spectacular shows with them. One of the most famous among those was Captain Adam Henry Bogardus (1834-1913) and his four sons who frequently took part in the Buffalo Bill Wild West Shows. 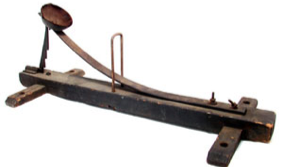 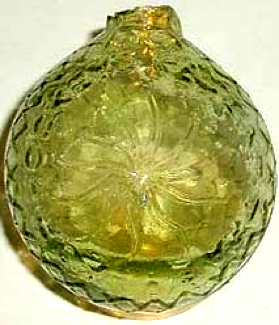 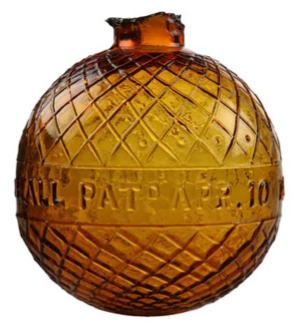 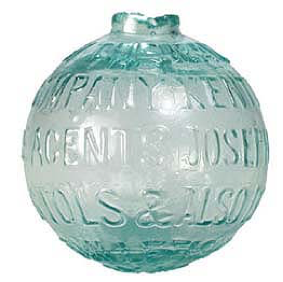 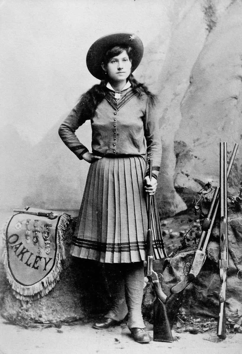 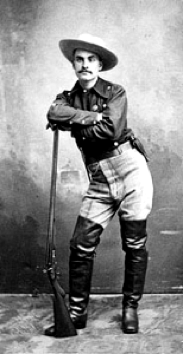 Target balls are a well sought-after collectors’ item in America but in spite of the fact that millions of them were made, they are relatively rare. They were mouth-blown in many countries with a diameter of about 7 cm., often produced in brilliant colours and they carried a variety of embossing. In the January and March 2016 issues of Antique Bottle and Glass Collector Ralph Finch gives examples from his collection, made in countries such as Canada, France, Australia, Austria, Sweden and Norway.
Maybe part of this wide-spread production was due to the enormous success of the Buffalo Bill Wild West Show that travelled Europe in 1887 and 1890. Crack shot during the shows was a young lady that could shoot a rifle better than any man around, including her husband and mentor Frank Butler. She was born as Phoebe Ann Moses in a very poor Quaker family. After her father’s death she taught herself to shoot small game with her father’s old Kentucky rifle and, in 1881, she entered a contest in a local park where she beat the renowned sharpshooter Frank E. Butler. He was so impressed that he began to court her. Ann changed her name to Oakley after the park where they first met and under that name she would become a featured attraction, showing daring feats of marksmanship. During the European tours she became the darling of royalty. Queen Victoria broke tradition and left Buckingham Palace to see her perform.
Ann Oakley passed away November 3, 1926 after having survived and recovered from a train wreck that left her partially paralyzed, as well as a severe car accident in 1923. A year later she was setting sharpshooting records again but her health began to fail probably due to the long term effects of lead poisoning after so many years of handling live ammunition. In 1946 Irving Berlin wrote the musical ‘Annie Get Your Gun‘ based on het life story with famous songs such as ‘Anything you can do I can do better’ and ‘There’s no business like show business‘.